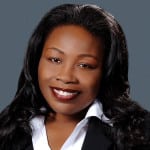 Rita Cooper Lee is building the public profile for the emerging television network WGN America, through innovative publicity campaigns that generate buzz and awareness. She leads the development and strategic implementation of public relations plans for a slate of original content, including the network’s record-breaking original “Outsiders” and “Underground," which ranked in the top 20 scripted cable dramas this year, and its popular bewitching series "Salem."

In leading the publicity for the Underground Railroad thriller "Underground," executive produced by John Legend, Cooper Lee worked with the White House, where the series was honored with a screening and panel event in 2016.

Thanks to all of Cooper Lee’s hard work, "Underground" launched as the highest-rated original drama in WGN America's history and the #1 most talked about cable series on social media each week it aired.