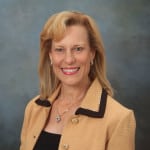 “Passionate, humble, and inspiring” are three words that best describe Rebecca Kelly. Kelly is passionate about her expertise in PR, and integrates discipline/skills with marketing, social media, business and creativity. She is well-educated, possessing an undergraduate degree in journalism/PR with an MBA in international business, and has over 25 years of experience in public relations for Fortune 100 corporations.

Kelly—who until recently was with Advanced Control Systems and is now with energy consulting firm Skipping Stone—discovered ACS would be 40-years-old in 2015 and she embarked on creating internal/external integrated PR campaigns that would touch everything from employee napkins to speakers, to a testimonial customer ad campaign. The 37th User Group Conference included an anniversary party, website, and letterhead which included customers/employees who spoke from each decade. She created two newsletters: employee and customer-driven with articles depicting 40-year recollections; and she collected historical facts/logo changes and collected artifacts: hats, jackets, coasters and other tradeshow giveaways covering over four decades for a museum.

The ad campaign was known as "Cheers" in the top right corner and all employees included the logo and "Cheers" in their signature blocks and received etched toasting glasses/gifts at the holiday party. Kelly's PR success created positive change to develop and implement a new culture, which included rebranding ACS throughout the power energy industry, while bridging employees together of all ages throughout the world while igniting a spirit of pride, strength and innovation throughout the utility industry globally and nationally. She brought together a movement: from an old culture to changes with a new CEO.