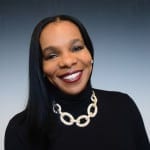 In six years at North Carolina A&T State University, Nicole M. Pride has risen through the ranks of university administration from associate vice chancellor for university relations to become chief of staff—the principal adviser to the chancellor.

For the entirety of the 2015-16 academic year, North Carolina A&T State University celebrated the 125th anniversary of the university’s establishment with various events and initiatives. As a member of the 125th anniversary steering committee and her post as chief of staff and university spokeswoman, Pride drove overall messaging for the campaign as well as individual messaging for the chancellor across all platforms—traditional and nontraditional.

During her tenure as associate vice chancellor, Pride led the university’s first brand assessment that required removing it from the marketplace for an entire year. Upon completion, she led her team and the institution to establish and market a completely new brand while simultaneously educating its constituency groups on the new brand and building engagement across traditional and modern media platforms.