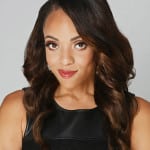 Live from Afghanistan or a devastating natural disaster, Mary Simms knows how to command attention, shape the conversation, dominate any situation, and create and leverage PR opportunities. Simms is a PR leader who has managed global crises including endless oil spills, Hurricane Sandy and the West Coast Fukushima Radiation scare to name a few.

Proactively, she's generated hundreds of millions in AVE and a billion+ impressions to coverage for non-disaster campaigns. A trusted PR advisor, she's led thousands of successful media campaigns, develops strategic messaging, builds relationships, and protects reputations at the highest level of government and in the private sector.

In August 2015, NOAA predicted a 95% chance of El Nino conditions for winter with complex weather patterns and unusually high flooding and precipitation predicted for winter 2015-2016, particularly in drought-stricken California. Simms led national communications outreach efforts with an emphasis on the West Coast to catapult the issue into the national spotlight with widespread media attention in advance of flooding incidents, resulting in an unprecedented increase in flood insurance policies and residents taking steps to protect their homes and property prior to extensive flooding nationwide.

Through press conferences, social media outreach, numerous television interviews, and multiple virtual and in-person press conferences, Simms led an impressive outreach campaign that yielded thousands of stories and more than $2.5 million in AVE for the period from September 2015 - February 2016 with a $0 outreach budget. The campaign shaped the national conversation and catapulted "El Nino" and flooding awareness into the national spotlight. The campaign, along with another Simms participated in with DeWayne the Rock Johnson to create awareness and bring media attention to earthquake awareness as part of the movie "San Andreas," received recognition and awards from the Federal Executive Board and head of the Federal Emergency Management Agency, Craig Fugate.