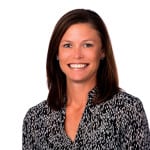 Liz Torrez explores new opportunities and approaches with a roll-up-your-sleeves mentality. Torrez was tasked with stabilizing a large and complex account spanning nearly two-dozen cross-office work streams. Additional needs included the development of organic growth strategies while keeping work efficient and on-budget. Importantly, this is a ten-year client relationship for the firm. A key player since the work’s inception a decade ago, Torrez’s role expanded to account lead in 2014.

In addition to significant project management, her role includes managing roughly 40 H+K employees, mostly remotely, with approximately 20 different work streams across the account, keeping the various teams connected and in the best position for success. The breadth of clients alone presents a responsibility to manage countless personalities, expectations and understanding of business acumen. The team’s year-over-year budget increase of 30% is a testament to her abilities as a strategic counselor, while a 30% boost to efficiency speaks to her internal management abilities. The client just signed onto another year of work under Torrez.

H+K was also hired to re-envision an organization and support its launch out of its incubator stage. A key player from proposal through the initial six-month project assignment, Torrez served as the team lead for executive visibility and public affairs efforts. Beyond her own work stream, Torrez played a serious role in overall project management, overseeing everything from the digital engagement to both the corporate and public affairs teams. The team successfully carried out the company’s launch, which included the creation of a complex website as well as establishing their executive director as both a business and a civic leader in Chicago. Communications efforts were closely tied to a dramatic increase in the number of customers.