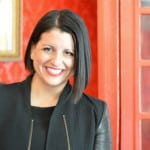 Jennifer Risi has helped build Ogilvy’s successful global media network, and her talents have been central to the entire agency’s growth. In 2015, Risi produced 44% growth, securing approximately $25 million in revenue.

In August 2015, Risi led Ogilvy’s global media relations work to unveil the new Suez Canal to the world—launching one of the largest infrastructure stories of the year and a major achievement for Egypt and President Abdel Fattah el-Sisi.

Under Risi’s leadership, pre-interviews with high-level government personnel led to multiple preview stories in major global outlets the week before the opening. Then, with only two working weeks (15 days) to prepare before the launch date, Ogilvy organized 100+ journalists to be in Cairo for the launch, and managed stringers from all of the international media outlets based in Egypt.

Risi led the effort on the ground in Cairo. Ogilvy’s efforts resulted in 800+ pieces of global coverage generating more than 2 billion media impressions across major national, regional and wire outlets, including multiple stories from CNN, Associated Press, CNBC and CBS News. Exclusive interviews led to full-page stories in The New York Times, USA Today and Wall Street Journal. As a result of the global media exposure, the Suez Canal was the most searched event on Google in Egypt in 2015.

Risi leads many of the agency’s most visible projects including work with Bloomberg Philanthropies. Risi is also a sought-after advisor to CEOs and heads of state. She can work across any industry anywhere.