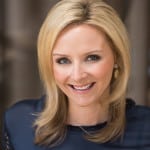 Jamie Sigler has grown JPR into an award-winning powerhouse boutique agency with three robust offices across the U.S., with a heady roster of AOR hospitality and luxury lifestyle clients including Vail Resorts Hospitality, Jumeirah Hotels, Relais & Châteaux and The Ritz-Carlton.

JPR’s 2015 revenue topped $6 million, a 25% increase over the year prior, continuing the agency’s trend of impressive double-digit annual growth since its inception. For 2016, the agency helmed by Sigler and her business partner Sarah Evans was projecting revenue of $7.5 million. With clients on six continents, Sigler cites one claim to her success: It’s personal.

With Sigler having led the Vail Resorts account for more than two years now, with two ski seasons under her belt, the past 12 months have been a tremendous success. Most notably, Sigler and her team were at the helm of the debut of Park City Mountain Resort, the largest ski resort in the U.S., during the 2015/16 season. With Sigler overseeing strategy, the team’s overarching goal was to announce the newly connected mountain, the biggest news within the ski industry, and secure targeted, top-tier coverage both nationally and regionally. She and her team ultimately secured 185+ placements, $16.7 million in PR value, 1.03 billion circulation; and secured 19 KPI (key performance indicator) placements, with the goal being 5-7.

Within the last 12 months, the Vail Resorts account grew substantially with added projects to enlist PR for various mountains including Park City, Northstar and Heavenly (a first for Vail to use a firm for any mountain PR efforts), and the addition of Epic Discovery, a program in Heavenly and Vail. During the past year, Sigler’s team has surpassed their goals with targeted and stellar results.