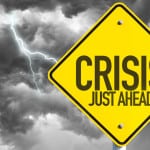 After having seen so many brands handle (and mishandle) PR crises, you might think executives would know to manage crises well. This often is not the case. We continue to see brands attempting to cover up miscues rather than being transparent and waiting too long to react or moving too quickly. Ashley McCown, president of Solomon McCown & Company, offers a brief video to PR News exclusively where these factors and others play into her picks of the top 5 PR crises at the halfway point of 2018. 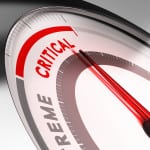 What Communicators Can Learn From MoviePass, CBS and Facebook’s Latest Missteps

For a brand, knowing when to react is crucial. Move too quickly and a small problem can become a crisis. React too slowly and you might create a crisis. Do brands hurt their reputation by reversing a position, as MoviePass and Facebook did recently? It’s at times like these when crisis management seems a mix of art and science.

From a business perspective, many people thought CVS was crazy to remove tobacco products from its shelves back in September 2014. Today the country’s largest pharmacy chain doubled down on its bet, announcing it will pledge $10 million to the American Cancer Society in an effort to help people lead healthier lives. Whatever else you want to say about CVS, it knows how to do CSR. 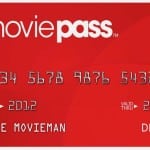 MoviePass Letter to Customers is First Step to Save Its Reputation

Moviepass’ current woes are partly poor communications, and partly bad policy. It’s difficult to find an article today about MoviePass without also seeing descriptors attached to the brand such as “troubled,” “floundering,” “coming under renewed scrutiny” and “cash-strapped.” 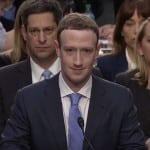 Having an accessible CEO improves a brand’s authenticity, so say an overwhelming majority of media members, according to a recent survey from D S Simon Media. Another important finding is that an average of 83% of media admit to using brand-submitted video as-is, calling into question the authenticity of certain journalistic products. 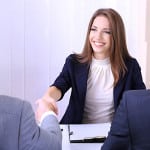 Renewed economic growth, a strong job market and the evolving nature of work are transforming the face of the labor market. We asked 14 PR leaders to tell us how their brands and agencies recruit and retain the best talent. 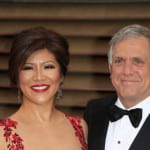 What Communicators Can Learn From How CBS Handles the Moonves Situation

A PR crisis often becomes a media feeding frenzy. When the crisis involves a media brand and a CEO, it’s a frenzy run amok. Media, like PR, usually abhors being the story. The sexual harassment allegations against CBS chief Les Moonves are far more than the story of a top media executive and his brand wishing to stay out of the news, though. Communicators will be watching closely to see how CBS talks about this crisis, although the network might not be allowed make all its own choices.

Facebook didn’t lose a cow today, it lost nearly all of McDonald’s. The question for communicators, though, is whether or not this is the right time to abandon the platform as a marketing and communications vehicle. It is if you believe Facebook is irreparably damaged and millions of users will depart abruptly. Of course, Facebook could shed several million users gradually and remain the dominant social network. 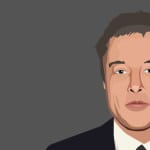 Communicators probably prefer a press-friendly CEO as opposed to one who’s media-averse. On the other hand, when the CEO’s mouth overshadows the brand and damages its reputation, communicators often reach for aspirin. An example, of course, is “Papa” John Schnatter. Another is Tesla and SpaceX chief Elon Musk, who recently spent a weekend deflecting stories.

Is Anyone Clear About What Mark Zuckerberg Said?

The distinction between misinformation and disinformation is at the heart of Mark Zuckerberg’s thinking about why Holocaust deniers’ material can remain on Facebook. He’s likely debated this thorny question with his senior team. Unfortunately, his comments this week and his subsequent walk back muddled the distinction. In terms of walking back, though, he had plenty of company from other prominent people.