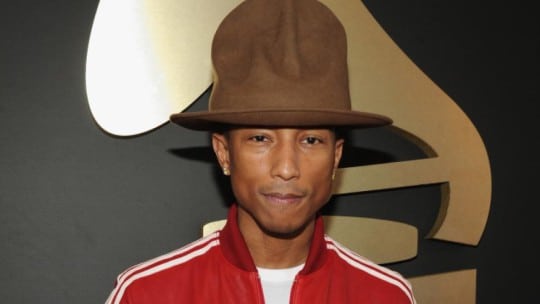 At the end of 2015, Arby’s same-store sales increased 8.1%, outpacing a comparable set of Quick-service restaurants (QSR) by an estimated 5.5% during the same period. While it might seem that this happened overnight, several elements were in place that helped prompt the brand find its voice.

A spirit of reinvigoration permeated the halls of Arby’s global support center as 2013 turned to 2014 and a new leadership team looked to sustain an aggressive turnaround strategy for a brand that had faded from national relevance and consumer consideration.

While long-term business, operational and marketing plans were being created, leadership knew that a spark was needed to catapult the brand off the back burner and into the cultural spotlight. Enter 2014’s most prolific artist—Pharrell Williams—and his now-famous “Arby’s-like” Vivienne Westwood mountaineer hat.

No doubt, Arby’s caught a lucky break with Pharrell’s headgear choice, but several things had changed at the brand that allowed it to make its own luck. In addition, the Arby’s social media and communications teams, including agency partner Edelman, used skill and strategy to fan that spark into a firestorm.

We believe it was a hunger that drove the team to turn a real-time marketing “moment”—similar to Oreo’s at the Super Bowl in February 2013—into an actual, sustained campaign. And while arguably fortuitous, an exceptional organizational willingness to take calculated and authentic risks fed this big, bold idea that became much more than a one-time dunk in the dark. In the following case study, we’ll demonstrate how a brand with limited cultural relevance suddenly inserted itself into the year’s most talked-about pop-culture moment without feeling contrived, and how the lessons learned from this campaign were leveraged for continued activations over the following years.